We Defend Against Domestic and International Extradition

The government of the United States abuses due process in seeking the extradition of people outside its borders. It puts illegal pressure on other countries and engages in bribery and corruption to achieve its goal as the world’s policeman. The United States interferes in the internal process of other countries pretending to protect democracy and ends up destroying democracy. The justice system will not protect us automatically. Demand justice to get justice.

We have aggressively and successfully fought extradition for our clients, including both interstate extradition and international extradition. If you are facing extradition, contact Lobb & Pellegrini, P.C. immediately so we can begin working on your defense. It’s extremely important that you contact us in a timely manner so we can move quickly to defend your rights.

▪   State governments in the United States use interstate extradition as the legal procedure to demand the surrender of a person alleged to have committed a crime in another state. Extradition is reciprocal and governed by each state’s law.

▪   Countries use international extradition as the legal procedure to demand the surrender of a person alleged to have committed a crime in another country. Lobb & Pellegrini, P.C. can assist you in fighting both types of extradition anywhere in the world.

▪   State-to-state extradition begins with the issuance of an arrest warrant by the requesting state. This warrant is then placed into a nationwide database called NCIC (National Crime Information Center). The NCIC is checked every time you get stopped by the police, enter the United States from a foreign country (by land, sea, or air), apply for or renew a driver’s license, or apply for or renew a passport. Once the warrant is executed, a hold is placed on you by the requesting state. You usually sit in jail unless you hire an attorney to arrange for a bond. If you do not act quickly, a governor’s warrant will issue and you will NOT get out of jail. Please contact Lobb & Pellegrini, P.C. for details on how to challenge interstate extradition.

▪   Each country’s extradition treaty governs international extradition. You can be extradited if an extradition treaty exists between the United States and the foreign power, or whenever a country is an Interpol member. Whenever you enter (or sometimes when you exit) a country, the passport control agent or immigration authority will check your name against an Interpol database. You will be detained if you have a Red Notice issued with your name on it. Whether or not you are extradited is a question of treaties and international law. You can find a list of treaties between the United States and other countries at the State Department’s Criminal Division of the Office of International Affair. 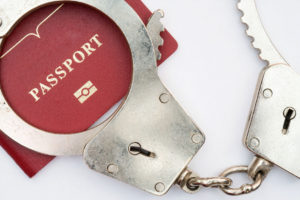 Steps in the International Extradition Process

1. TREATY WITH THE UNITED STATES

2. REQUEST BY THE UNITED STATES

3. ARREST AND TRANSPORT TO THE UNITED STATES

Although the law entitles you to fight extradition, special rules apply in airports. Some countries treat airports as extrajudicial (beyond justice) and have, in the past, taken a suspect off of one plane and loaded him or her onto another plane bound for the requesting country. All of this occured without a trial, without a hearing, and without commonly-accepted extradition procedures.

When a foreign government seeks to have a person extradited FROM the United States TO the foreign country, the foreign government contacts their embassy in Washington, D.C. to make the extradition REQUEST to the United States Department of State (DOS). DOS will then forward the request to the U.S. Justice Department, who then sends the request to the U.S. Attorney for the district in which the person is located. The U.S. Attorney initiates extradition proceedings in the appropriate federal court. The federal court reviews the evidence against the suspect, and if the evidence is sufficient and based on probable cause, a WARRANT is issued for the person’s arrest in the United States. The court also submits a recommendation and findings of fact to DOS to determine whether or not the wanted person is to be extradited to the United States. Note: many “purely political” offenses are NOT extraditable. Purely political offenses do not include assassination of a political figure or other serious crimes of violence.

Extradition Without a Treaty: Kidnapping by the Government

Whether there is an extradition treaty in place or not, the U.S. Supreme Court has said that it is legally proper for a United States federal agent to KIDNAP an individual from a foreign country, even if in contravention of that country’s local law. The kidnapping is not the basis for dismissal of the U.S. charges. Tricking, lying, and deceiving by federal police is also allowed. Mutual Legal Assistance Treaties (MLAT’s) are another way the Government of the United States seeks extradition. Your constitutional rights are limited, and in practice non-existent, outside of the United States. Even inside the United States, the Bill of Rights should be called the Bill of Possibilities.

Over the last 200 years, the United States Supreme Court, federal appellate courts, federal district courts, and Congress put in many hours of hard work to limit or completely extinguish your constitutional rights. To cite an example, the U.S. government takes the position that it can execute a U.S. citizen without a trial when that person is in a foreign country and does not pose an immediate threat to the United States. Nothing prevents the United States from running an internment camp again (see U.S. v. Korematsu). Nothing prevents the United States government from detaining someone indefinitely, in an undisclosed location, without meaningful access to a lawyer, without the right to examine evidence against you. Why do we cite these examples? To bring home the reality that the government will rarely respect your rights unless you have someone on your side fighting to defend your rights.

How Do I Fight an Extradition Case?

“Defenses” are tools used to fight extradition of a suspect to the United States or to fight extradition from the United States to another country. These defenses include, but are not limited to: 1) citizenship of the country of retreat, 2) non-extraditable crime, and 3) expiration of the statute of limitations and the crime cannot be charged against you. Other factors affect extradition, e.g. serious medical conditions (Augusto Pinochet). When considering all options, an extradition waiver should be weighed along with defenses. Again, each case is different and your options will become clearer once you consult with me about your case.

There are important limits on extradition, including:

▪   Not all nations will extradite their citizens to another country, e.g. Israel and France.

▪   Some countries refuse to extradite to the United States if there is a chance the death penalty will be imposed, e.g. Mexico.

▪   Most countries will not extradite if the offense is considered a political crime or for other reasons stipulated in the extradition treaty, such as military offenses like desertion

▪   The fugitive is a national of the country of retreat

▪   The crime is not extraditable

▪   The statute of limitations expired and the offense cannot be charged 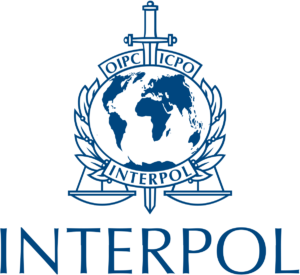 Red Notices:  Can be searched via the Interpol webpage

Blue Notices: Cannot be searched on the Interpol webpage. It is not possible to determine whether or not Interpol is conducting surveillance on you.

Note: Some Red Notices do NOT appear on the Interpol webpage. The system used by the police to check for Interpol Red Notices is separate from the public version available online. It is best to contact Lobb & Pellegrini, P.C. to determine whether or not a Red Notice or Interpol warrant exists.

The 190 Countries in Interpol

9* Countries NOT in Interpol

*This list of Interpol members may change from one day to the next. Please consult www.Interpol.int for current information.

What can affect my extradition case?

Detained Inside the United States and Wanted by Another Country
(As a citizen, national, or permanent resident of the U.S.A)

Detained Inside the United States and Wanted by Another Country
(NOT as a citizen, national, or permanent resident of the U.S.A)

Detained Inside the United States and Wanted by Another Country
(As a citizen, national, or permanent resident of the U.S.A)

How Long Does an Extradition Case Last?

Extradition cases can last for months or as long as 10 years. Each client faces different challenges. Each client has different goals. Please contact Lobb & Pellegrini, P.C. to gain insight into how long cases like yours last.